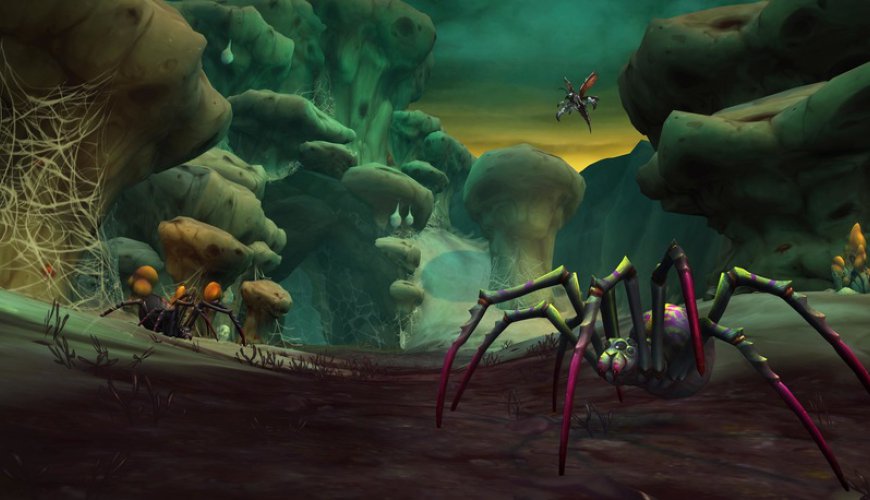 
Blizzard has specified that the recently delayed Shadowlands expansion for the perennially popular World of Warcraft will debut next month on November 23. It was last assumed to be October 27, so the wait will be extended by less than a month. It seems like it could have been worse.
As executive producer John Hight explained in a post on the official blog earlier this month, the developers want to take care of the "extra fine-tuning" in terms of details, while adding a reference to the coronavirus troubles. Those are two standard excuses in recent times.
"Blizzard is committed to quality. We believe Shadowlands will be something special, and we've heard from many of you who feel the same way. We need that extra time so Shadowlands can realize its full potential." - assures John Hight, also responsible for the previous expansion.
The delay of the expansion doesn't mean that World of Warcraft players have nothing to do. Already on October 13, a special patch hit the servers, which is traditionally released before the debut of a new expansion and introduces a lot of important changes and new features - completely free of charge.
The so-called "pre-patch" for Shadowlands lays the groundwork for the expansion and includes a redesigned advancement system, a new player experience in Exile's Reach, and fresh options for modifying your character's appearance. The former is the most important issue - the "flattening" of levels.
There were 120 levels so far, but now the number will be only 60 (currently it's 50, and another 10 will be introduced by the Shadowlands expansion). This is supposed to make the game more rewarding, as well as more accessible to new players. A special event will also kick off on November 10.
Newcomers who create their first characters in the game will be automatically assigned to a new starting island, Exile's Reach. For the first 10 levels, they'll learn about the history of World of Warcraft and take part in a small group dungeon as part of a cooperative learning experience.